Swedish Hammond phenomenon Andreas Hellkvist offers a fresh take on the sound and the style of the organ trio format. A journey into jazz and neighboring genres with mostly compositions of his own. Although centered around the Hammond organ, his fellow musicians Samuel Hällkvist on guitar and Daniel Olsson on drums, each in their own way, play significant roles in shaping the sound of the trio. Together they create music that is both groovy and uplifting, heartfelt and deep.

Over the years, Andreas has earned a reputation as an organist always in the moment an outstanding technique. At concerts and on youtube videos, those who see him in action are simply amazed by the expressiveness, virtousity and devotion to the music. His pedal playing is also quite rare, showing off a coordination above most.

Samuel Hällkvist is a jazz guitarist who has never been afraid of following his own path. A jazz musician with an integrity and confidence to dare to challange norms and traditions, though also not afraid of sticking to them if the music demands it. He was the last one to achieve the prestigious “Jazz in Sweden” award 2010, and has produced and played on a number of albums, several of which has some very interesting international collaborations, the latest of which being “Variety of rhythm” released 2017.

Daniel Olsson is a versatile drummer, comfortable in most musical contexts. That makes him the ideal drummer in this group, since the music spans quite a wide spectrum, from hard swinging jazz and funky beats to ballads. With a great deal of spontaeity and a solid groove he completes the trio in the best possible way.

Andreas Hellkvist offers, with compositions of his own, a fresh take on the sound and style of the jazz organ trio format. Centered around the organ, he is accompanied by Samuel Hällkvist on guitar and Daniel Olsson on drums. Together they create music that is both groovy and uplifting, heartfelt and deep. 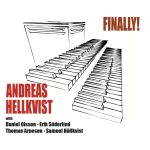 My first album as a leader, featuring mostly my own songs, spanning the last 20 years of my musicianship. Me and Daneil Olsson play on all tracks and three different guitarists - Erik Söderlind, Samuel Hällkvist and Thomas Arnesen play on three songs each. By far my most ambitious production so far.

“Becoming”, released in the fall of 2019, was the first album recorded solely by this trio.

On “Finally!” Samuel plays on 3 of the 11 tracks. For more info, audio and reviews, check out the album links above. 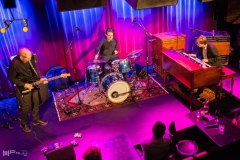 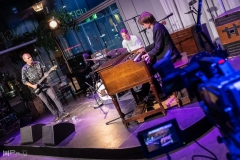 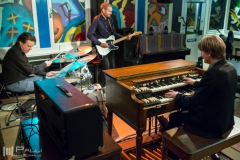 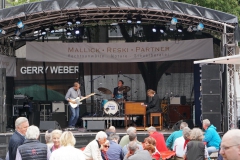 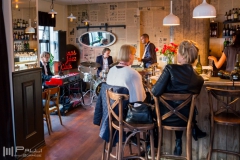 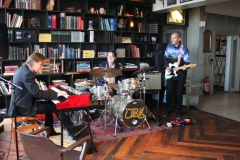 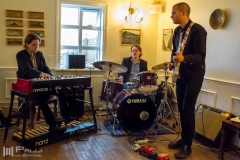 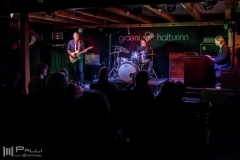 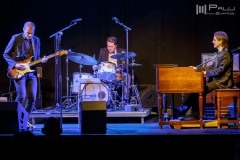