Samuel grew up not too far from my hometown and we got to know each other at the local jazz venue. We did our first gig together in the summer of 1998, and since then we’ve played together now and then. Though, we moved to live quite far from one another so it for some years it wasn’t that often.

You might notice that our last names are quite similar. In fact, in Swedish they are pronounced the same while spelled differently. To my knowledge, though, we are not related in any way.

He has never been afraid of following his own path. A musician with an integrity and confidence to dare to challange norms and traditions, though also not afraid of sticking to them if the music demands it. He was the last one to achieve the prestigious “Jazz in Sweden” award 2010, and has produced and played on a number of albums, several of which has some very interesting international collaborations.

I have always admired his musicality, his imaginative ability and pure technical skills. Stylisticly it’s sometimes hard to define what he does, and that’s what I like. He is just his own, and I think he brings really a unique quality to the music when he plays. 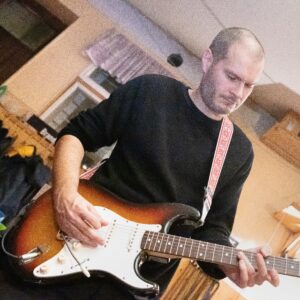