I was invited by the Swedish Hammond office to accompany them to NAMM. I haven’t been to NAMM before so I was really excited to go. I got to do two demos on the XK5 at the Hammond booth. Brought my gopro and filmed it so I’ll post it here. Enjoy!

One of the highlights of last year was to do a few concerts witht my trio. We’re making a new album in the beginning of next year and got to try out some of the songs that we’re recording. Here one  of them,  my song Trìtlar, named after an Icelandig candy. Enjoy!

New CD out with Claes Janson! 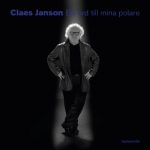 October 25th was the release date of Claes Jansons new CD, “Ett ord till mina polare”. All with Swedish lyrics and mostly original songs, except two Ray Charles covers (with new Swedish lyrics). Arnesen Bluesband did the accompaniment for about half the tracks and on them I play the B3. We also to the full live shows with Claes. The record has quite a span musically, ranging from some bluesy heavier tunes to soft ballads. Check it out! I’ll post a few links below.

As a part of Stocksholm jazz festival, Hans Bollandsås & Andreas Hellkvist In Concert will be playing at Stampen on October 17th. Here’s a clip from last time we played there. A version of BB King’s Heartbreaker. Enjoy!

jazztv.se web tv channel that started earlier this year. Each week they present a newly recorded jazz concert, most often from somewhere in Sweden. Through a subscription service one can access all material at their site. Two weeks ago they filmed and recorded my trio in my hometown Uppsala, and yesterday it was released on their channel. Below is a little teaser. And if you want to hear the whole concert, do check out their site!

For a few years, Arnesen Blues Band together with Claes Janson has done a BB King tribute. Here’s a video with some highlights from a concert earlier this year. Filmed and edited by jazztv.se. The whole concert is available though their subscription service (along with a lot of other great music!), so if you havn’t, do check out their site.

Preparing for trio concerts and recordings

I about two weeks I’ll be playing and recording with the trio. Two concerts, one live video recording and one studio recording. Really looking forward to that!  I put together a little promo clip with an organ solo from a concert last year. The is a composition of mine with the working title D-funk and will be featured on the recording. Enjoy!
Read more about the trio.

One of my favorite songs ever is “Nite club” by Tribal Tech. I’ve been listening to it a lot over the years but never actually played it. When I presented it to Thomas Arnesen we agrees that we have to give it a try. So, here it is, a recording from a rehearsal a few weeks ago with our trio Arnesen-Hellkvist Experience. Enjoy!

In late July I was asked to join Erik Söderlind for a concert at Stampen, Stockholm. We didn’t have much time to prepare or rehearse, so we just put together a list of good old organ jazz from our heroes from the 50’s and 60’s. Misty in the Groove Holmes version, OGD like Jimmy Smith and Wes Montgomery and hard swinging blues like Jimmy Mc Griff. The video here is an example of the latter. We had so much fun so we formed the Söderlind-Hellkvist Organ jazz Project (S.H.O.P.) to do more concerts. Looking forward to that. Sometimes you just need to play some straight ahead organ jazz!

In the beginning of July there was the premiere tour of Kiralina trio. A spinoff of Funkups, but with more Gospel in the repertoire. We did 4 concerts on the beautiful island of Gotland, and here’s a compilation from the second. I used my A100 with two Leslies, one 142 and one 142P. Loved the sound! More information about the trio here.