Last year I got to know Kiralina Salandy, a canadian singer living in Stockholm. She started a band called Funk Ups and this has been one of the most fun new projects in a while! Hope to be working a lot with this band. Below is a video from a lounge concert at Globen, Stockholm earlier this year, just to give you an idea of what it’s about. Stay tuned!

With the charismatic Kiralina Salandy in the front, these passionate musicians makes each concert a virtual funk explosion. They play funk classics, jazz standards in funky arrangements, originals and new takes on old songs.

The band always includes a guitarist, though it has varied somewhat. Featured guitarists has been Efraim Törnfeldt, Max Schultz, Conny Bloom and Conrad Boqvist. Sometimes the band also has guest artists.

The perfect band for a club, a party, or just wherever people like to dance and have fun. 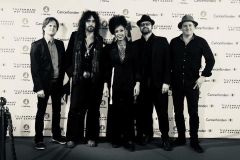 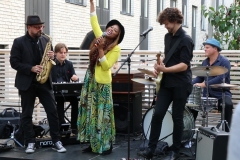 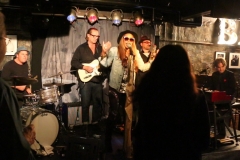 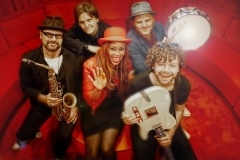