The set started out honoring Stanley Turrentine by playing his tune “Sugar”. A nice minor bluesy tune to get things going. Then a song for Reuben Wilson, “Hot rod”. Just a 2 bar funky groove that serves as the basis for improvisation. And those 2 bars can be repeated a lot of times before you get tired of them!

If Billie Holiday were alive she would have been 106 this tuesday. On the Wednesday concert, me and Claes Janson played a song to her and I thought I pick some other tunes from her catalog. The first of them – “Lover man”, here in quite a bluesy version.

Then a song for Joey D. There’s a lot to choose from but I thought of a blues from his album “Relentless” with Danny Gatton. It’s called “Blues on the half shell”, We used to play it in a quartet long ago and I always liked that tune.

At this point I felt like calming things down a little so I took out an arrangement of “What a wonderful world” that I did a couple of years ago that I’ve been playing mostly with Kiralina Trio.

During the week I’ve also been listneing to Carmen McRae and I realized I haven’t heard that much from her catalog. One song that she does that I really like is “Just a little lovin'” so I decided to play that.

A Duke Ellington song that I have always liked but never played is “Solitude”. Well suited tfor these times as many have experienced more solitude than usual.

Then for the second Defrancesco tune. An alternate theme to Cherokee the he wrote quite long ago. It’s called “Reboppin'” and I’ve played it a lot over the years. But if you haven’t platyed in a while – it’s kind of tricky to get it back in your fingers!Bye bye blackbird 1:04:22

Then there were some requests that I thought was fun. My cohost Tobi suggested “Bye bye blackbird”.which I like very much. Then someone suggested a Lonnie Smith song of my own choice. So I ended the whole session by playing his “Big fat Mama” 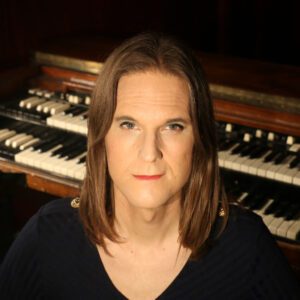