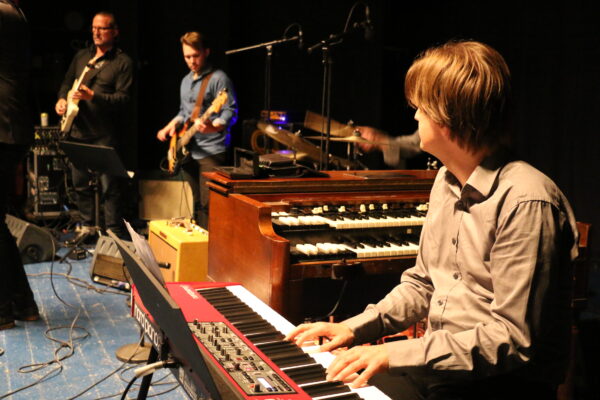 A newly formed band put together specifically for this occasion. I had only played with the drummer before so it was nice with some new acqaintances. I played some piano, which doesn’t happen very often.